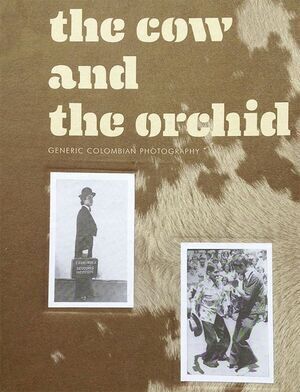 The cow and the orchid

"No one doubts Queen Victoria would have loved Colombia. She was known to suffer from orchid delirium and appointed an official Royal orchid expert whose name was Frederick Sanders. The Queen also had an enormous emphathy for cows. Beautiful specimens graced the Royal herd and won many prizes. Sadly there is nothing of Victoria or Fred in this exhibition, but we should have no regrets.

The photos here were gathered during a 12-year journey through Colombia. No stone was left unturned in the search for truly generic photographs of this country. As the collection gew, a vision emerged that was once closer to Europe, and at the same time infinitely more mysterious than we could have imagined. Do they help us understand the territory in a more profound way?

Definitely not. It remains an enigma. Mixing the 19th, 20th, and 21st centuries forced time to fold in on itself. Any clearer? Well, perhaps a trifle.

The sensual orchid is one of Colombias national symbols. The cow, placid and generous, is a symbol of nothing. The place between the two  like photography  is ambiguous. And so we find a nation where image-making is pulsing like a fiest in which we can all take part."