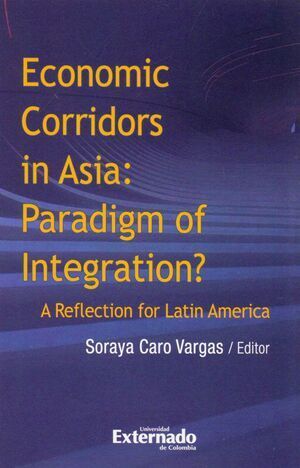 ECONOMIC CORRIDORS IN ASIA: PARADIGM OF INTEGRATION? A REFLECTION FOR LATIN AMERICA

For a decade now, the Rectorate of the Externado University of Colombia and the School of Finance, Government and International Relations (figri), have given a fillip to the promotion and strengthening of ties between their students and teachers and the countries of Asia and Africa. Some expressions of this commitment are: the creation of the Centre of Contemporary Studies on India and South Asia (Cesicam) in 2013, groups of scholars engaged in the systematic study of countries like China and Japan and the recent establishment of the Centre of Turkish and Caucasian Studies, with the support of internationally recognized partners such as business experts, academics and diplomatic missions.